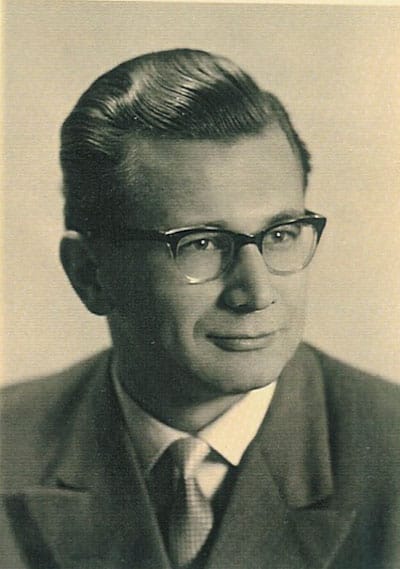 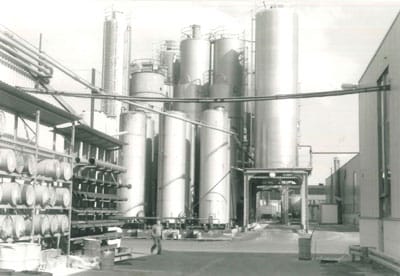 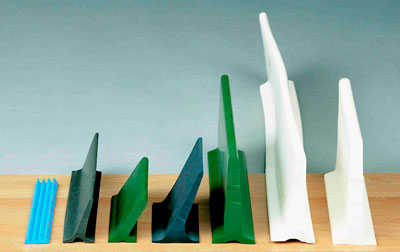 Selection of the first plastic profiles. 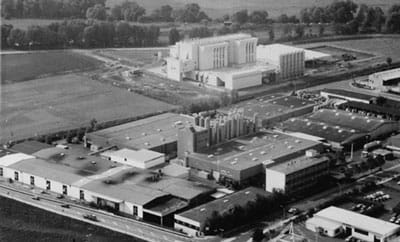 In the foreground plant 1 and behind it the completed plant 4. 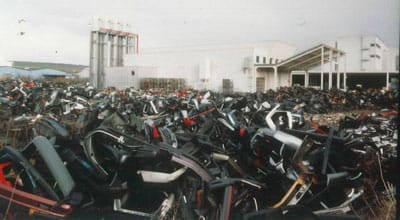 Recycling material in the foreground, behind that plant 5. 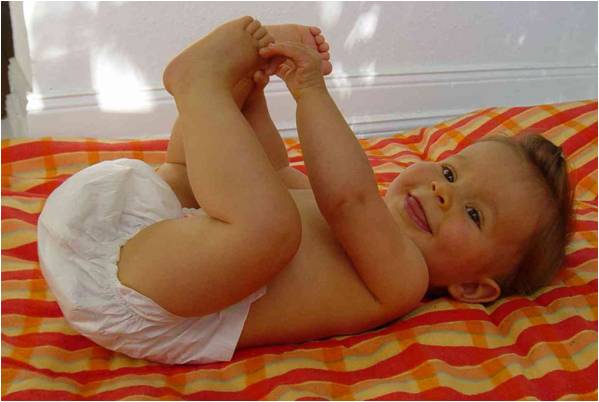 Breathable film made of compounds from Polyblend in baby’s diapers. 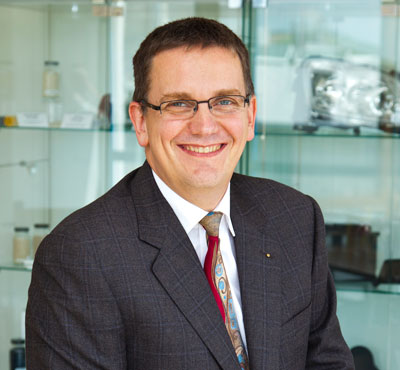 In 2001, Dr. Gerald Hauf takes over as Managing Director from his father, Dr. Günter Hauf. 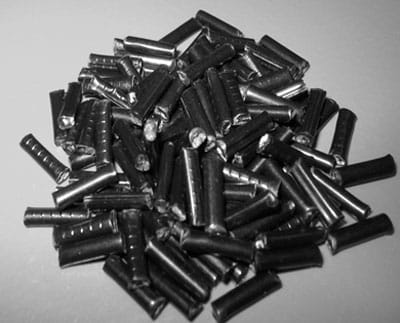 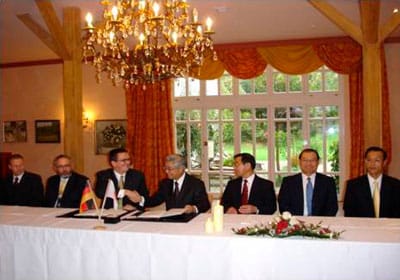 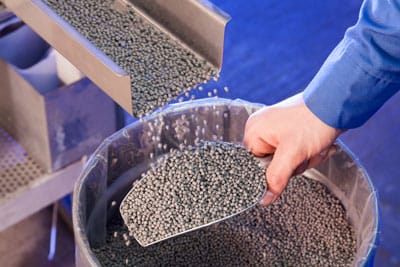 Begin of manufacturing of metal powder compounds in 2005.
The Polymer Group begins sales activities in Russia in 2005 and finally builds a plant in Tula, Russia, in 2008. 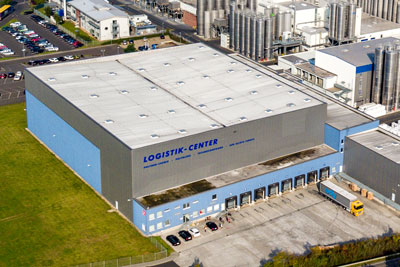 Aerial view of the logistics centre opened in 2009.

Poly.ERP – an ERP system customized to the needs of the compounding industry. 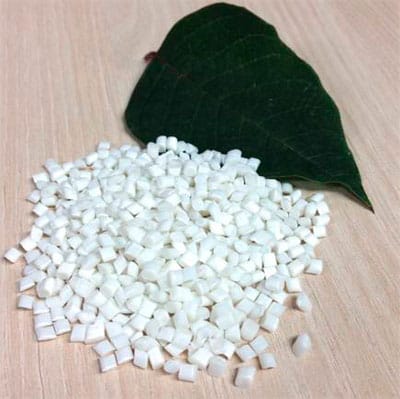 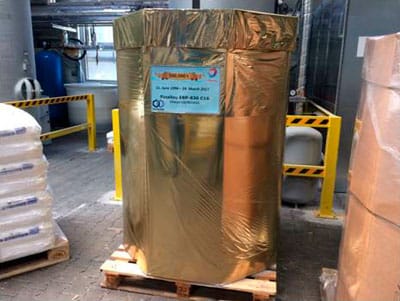 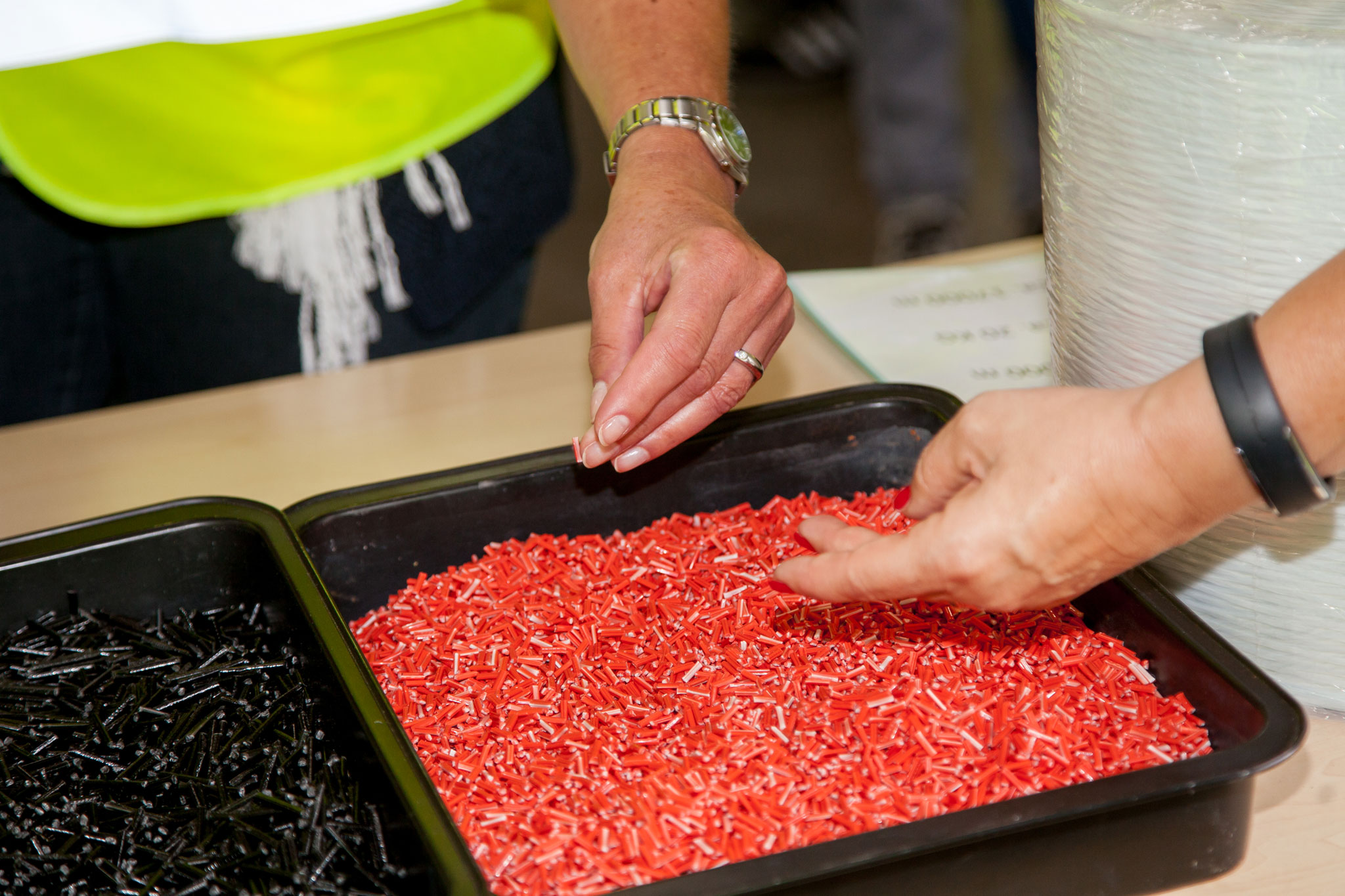 Compounds you can touch during guided tours of the facilities at the open house for employees and relatives. 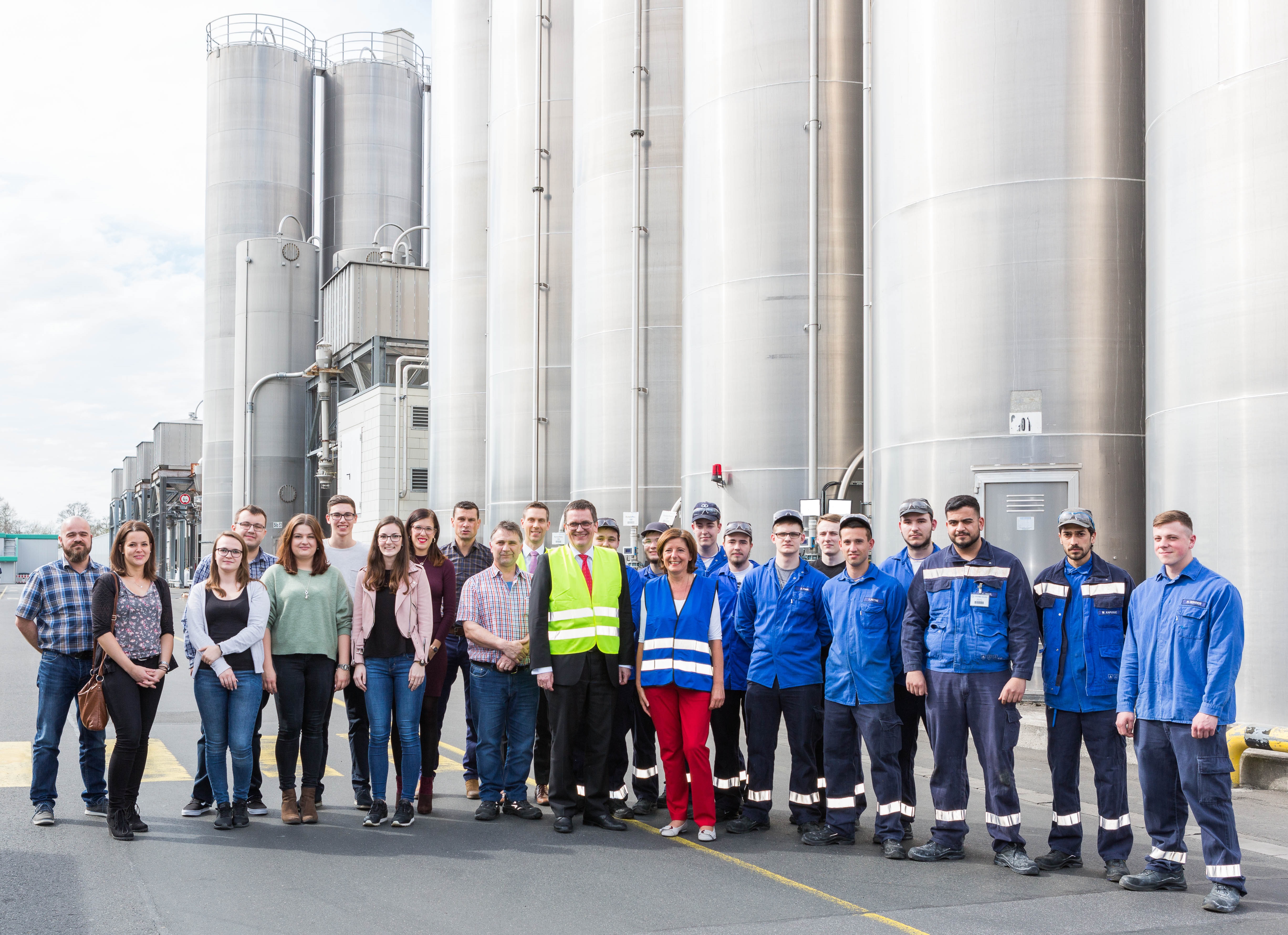 State Premier Malu Dreyer together with Dr. Gerald Hauf, as well as apprentices and trainers from the Polymer-Group.

1974
Polymer-Chemie GmbH begins its business operations with the production of PVC paste, which is used in underbody protection in the automotive industry. The first production facility is located in factory space from the company Johann Hay Automobiltechnik GmbH.

1975 - 1977
In 1975, contract manufacturing of PVC compounds was started for cables for Alcatel, one of the company’s biggest customers for many years.

In the same year, together with Johann Hay Automobiltechnik GmbH, the company moved into the shared administration building at Haystrasse 7-13, Bad Sobernheim.

Over the course of the next two years, PVC remained the plastic of choice in the expansion of the product portfolio. New activities included the compounding of soft and hard PVC granules and hard PVC dryblend.

1983
Founding of plant 2 at Haystrasse 20 in Bad Sobernheim. In a new business segment, the production and marketing of polyolefin foams begins. These include, among other things, PE foams for application as sealants as well as thermal or sound insulation (footstep sound insulation) in the construction sector.

1985
The production of plastic profiles begins. Their marketing is initially conducted through the company Technoform, a Swiss subsidiary.

Soft PVC compounds are part of the product range especially for the manufacturing of shoe soles in Russia.

1986
Founding of plant 3 at Haystrasse 21 in Bad Sobernheim and beginning of the production and marketing of polyolefin compounds. The main focus of business operations is initially on contract manufacturing of chalk-filled PE compounds for breathable films as well as on PP-EPDM talcum compounds for the automotive industry. The first plant is commissioned in October.

Polymer-Chemie GmbH employs more than 100 people for the first time.

1990
Recycling business operations begin with a focus on PP compounds for the automotive industry.

With the construction of plant 4 for PVC compounding, the development of the new location “Am Gefach” begins.

1991
Construction of plant 5 for PP recyclate at the “Am Gefach” location.

Beginning of the manufacturing of wallpaper on the basis of PE foams.

1997
Shutdown of plant 1 in the Haystraße and complete relocation of activities to the “Am Gefach” location.

Production begin and marketing of pressed parts for the automotive industry at the Pferdsfeld location.

1998
Begin of manufacturing of PE chalk compounds in contract manufacturing for the company Clopay (at that time Finotech) for breathable films especially for the production of diapers.

At the same time, termination of activities for the manufacturing of wallpaper on the basis of PE foams.

Recognized three times as “Supplier of the Year” by GM/Opel for outstanding activities in the recycling of PP.

2002
The 100,000th ton of PE chalk compound for Clopay is manufactured and delivered.

2003
Changed market conditions lead to the sale of business operations in the area of PVC pastes. This ends nearly 30 years of activities in the founding segment of Polymer-Chemie GmbH. The new focus is on the production of PVC compounds.

Beginning of the compounding of TPE compounds in contract manufacturing for Mitsui Chemicals.

Founding of TechnoCompound GmbH and takeover of plastics recycling in plant 5. In addition, entry into commercial long-glass fibre compounding.

Start of sales activities for PVC compounds in Russia.

Start of production and manufacturing of metal powder compounds for metal powder injection moulding on the basis of a soluble binder system under the product name polyMIM®.

The 100,000th ton of PP compound for Total, now the Polymer-Group’s largest customer, is produced.

2008
Groundbreaking for the new production plant in Tula, Russia.

2009
Spin-off of the contract compounding business activities for polyolefin (plant 3) in the independent subsidiary Polyblend GmbH.

The logistics centre Am Gefach is built and put into operation. It has eight loading ramps for the processing of cargo logistics, an 18-meter high-bay warehouse system for approximately 8,500 pallets, six storage facilities and more than 250 silos for the storage of raw materials and finished goods.

2009 - 2010
Focusing of business activities on plastics compounding. In the course of this move, the pressed parts production in Pferdsfeld is stopped.

Business activities for the production of polyolefin foams are sold to Sekisui Alveo GmbH.

The production of plastic profiles is sold as part of a management buyout and transferred to Idepro GmbH.

A positive business development leads to an expansion of the compounding capacities at Sun Alloys Europe GmbH and to the construction of a new production building (formerly storage facility 8).

2009 - 2012
Development of the ERP system Poly.ERP together with Kirchhoff-Datensysteme GmbH & Co.KG.

2011
Market launch of metal power compounds on the basis of catalytic debindering under the product name polyPOM.

Begin of production of PVC dryblends in the Russian plant (Polymer-Chemie Rus).

Development of PVC compounds with filling materials based on rice husks from the company Reystra.

2014
A further strategic step forward: Polyblend GmbH is transformed into a joint venture with the sale of majority shares to Total Raffinage Chimie SA.

As a result of increased market demand, production capacities at Polymer-Chemie Rus are expanded to include soft and hard PVC granules.

2015
Polymer-Holding GmbH is established as parent company of the Polymer-Group. In this connection, the PVC compounding is spun-off as an independent subsidiary while maintaining the company name Polymer-Chemie GmbH.

Start of production and marketing of bio-degradable plastic compounds under the name BioBatch by TechnoCompound GmbH.

2017
The Polymer-Group welcomes more than 800 visitors at its “Open House”.

For the second consecutive year, the Polymer Group produces an annual volume of over 200,000 metric tons.